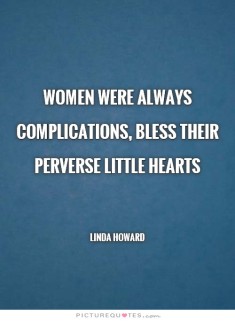 Case Example: Ms. Locke, a 45-year-old inmate at your facility seeks medical attention today because of fatigue and shortness of breath. You look at the problem list and note that she was a smoker before incarceration and is being treated for hypertension, hyperlipidemia and diabetes. She is also obese. In your interview and assessment of Ms. Locke, she says that she feels nauseated and has a burning or soreness in her necks and upper arms. She reports experiencing these symptoms intermittently for the last month and being treated for a cold, epigastric distress and anxiety.

Does your differential diagnosis include cardiac disease, particularly ischemia or infarction? She is describing the four most common symptoms experienced by women before an acute cardiac event and there are six risk factors for heart disease in her health history.

The reason: In a survey of women conducted in 2012 only just over half were aware that cardiovascular disease was the leading cause of death for women and among black and Hispanic women recognition was even lower. In addition, women were not aware of the signs and symptoms of acute myocardial infarction that are more typical for women.

Research also shows that providers minimize the importance of women’s symptoms or disregard their concerns, do not order recommended diagnostic tests for heart disease and are more likely to prescribe treatments for depression or indigestion. Women also have poorer outcomes after diagnosis of ischemic heart disease than men; they are more likely to die the first year after an acute myocardial infarction, more often experience complications after cardiac intervention and have a poorer health related quality of life. While the death rate for younger men (ages 35-44) has decreased with prevention and treatment of heart disease the death rate for young women is increasing. Not knowing prodromal symptoms more typical of women and failure to asses for ischemic heart disease are thought to be the reason for this.

Nursing implications: Here are my suggestions about what nurses should do with this information about the differences between men and women with ischemic heart disease.

Next week we will review how sex and gender characteristics of women affect risk factors for heart disease. In the meantime, it would be interesting to know how the emerging information about women and heart disease might change how health care is provided at your correctional facility. Please let us know your thoughts by replying in the comments section of this post.

To read more about nursing care of women and patients in correctional settings with cardiovascular disease and other chronic diseases see Chapters 6 and 9 of the Essentials of Correctional Nursing.  Order a copy directly from the publisher or from Amazon today!

McSweeney, J.C., et al. (2016) Preventing and experiencing ischemic heart disease as a woman: State of the Science. A scientific statement from the American Heart Association. Circulation:133.

Photo by Linda Howard at http://www.picturequotes.com/create?quote=Women-were-always-complications,-bless-their-perverse-little-hearts