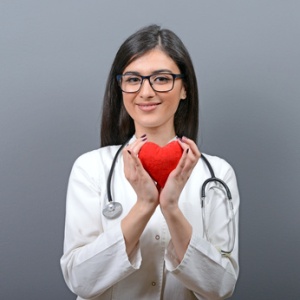 We have spent the last several posts examining how women’s’ presentation in an impending cardiac event differs from men. We also looked at the emerging data that differentiates women’s cardiac risk from that of men. In this post we put our knowledge assessing cardiac risk to the test! Review the following paragraphs and identify the cardiac risk factors in each case example.

Case example 1. Ms. Falwell is a 38-year-old black woman who has been incarcerated for 10 months. She is single with three children who are living with her mother. Ms. Falwell has hypertension which has been well controlled with medication (ACE inhibitor). She is of a normal weight and her labs are unremarkable. She has a history of THC use and moderate alcohol intake but has not used tobacco. She is considered well-adjusted to prison life having been active in classes and other programs at the facility and taking part in competitive sports but also has expressed a good deal of anger and anxiety to her counselor and other inmates about the separation from her children and its impact on them.

Case example 2. Ms. Joseph is a 65-year-old white woman who is incarcerated for neglect and abuse of children in her day care. She has been an insulin dependent diabetic since she was in junior high school. She has diabetic retinopathy as well as peripheral neuropathy. Until her incarceration last year, she had been a heavy smoker since adolescence. She is housed in the special needs unit near the infirmary because she uses a wheelchair and needs assistance with all activities of daily living. She has no visitors or contact with her family and does not participate in any programs at the correctional facility.

Case example 3. Ms. Ott is 55 years old, of Malaysian descent and has just been incarcerated for manufacturing and distributing drugs. She has used drugs and tobacco daily for more than 30 years. During her admitting physical she was diagnosed with hyperlipidemia – her HDL was 35 mg/dL and LDL was 145 mg/dL. She has been prescribed a lipid lowering agent but is only partially adherent. Ms. Ott was disciplined recently for having cigarettes in her property so it is likely that she is still smoking even though this is prohibited at the facility.

Case example 4. Ms. Garcia is a 44-year-old Hispanic woman incarcerated the last two years for theft from several businesses where she and her husband were the night janitors. At 5’3” weighing 220 lbs. she is considered obese. Her provider has her on a reduced calorie diet but has gained weight since incarceration because she barters for junk food from the canteen. Her abdominal girth is substantial and the prison jumpsuit she was issued had to be altered to fit. She does not participate in any exercise programming at the facility. She does work two hours a day as the janitor on her living unit.

Case example 5. Ms. Hollister is a black woman 49 years of age and was transferred from jail to prison a few days ago to begin serving a ten-year sentence. During the admission health assessment, she gives a family history of heart disease. Upon further inquiry by the nurse Ms. Hollister’s father had an MI at age 53 and he eventually had a CABG procedure done. Her brother had a fatal MI at the age of 46. She has been receiving hormone replacement therapy for menstrual irregularity and now is in menopause. Ms. Hollister has led a sedentary lifestyle, is 35 lbs. overweight, does not exercise and has a significant history of alcohol use.

See how your answers compare with the discussion about each of these questions in the next post. In the meantime, read more about correctional nursing in our book the Essentials of Correctional Nursing. Order a copy directly from the publisher or from Amazon today!